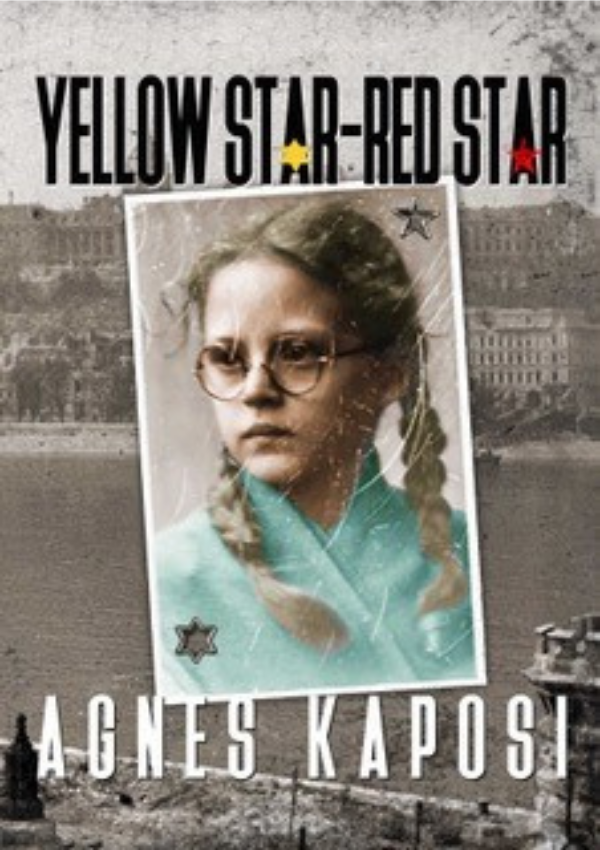 Dr Agnes Kaposi was born in Hungary in 1932, a year before Hitler came to power. She started school at the outbreak of World War II. Many of her family and friends were murdered in the Holocaust, together with half a million other Hungarian Jews, but a series of miracles and coincidences allowed her to survive. She worked as a child labourer in the agricultural and armament camps of Austria and was liberated by a rampaging Soviet Army.

She struggled through post-war hardship to re-enter Hungarian society, only to be caught up for a decade in the vice of Stalinism. In 1956, the Hungarian revolution offered the opportunity to escape. Entering Britain as a graduate engineer, she started a family and built a career as a researcher, educator and consultant. She was the third woman to become a Fellow of the Royal Academy of Engineering.

Her memoir is thoroughly researched and written with compassion and optimism, without self-pity. The tone is light and there is plenty of irony and even humour.

The narrative is underscored by the historian Dr László Csősz and illustrated by maps, documents, archival images and family photographs.

This book goes beyond the recollections of a survivor – it is an appeal to all of us to fight against prejudice and for human rights.

Dr Agnes Kaposi is a Hungarian-born British engineer, educator and author. In 2020, Dr Kaposi published her autobiography Yellow Star-Red Star, underscored by comments by the Hungarian historian Dr László Csősz. This memoir is a candid account of life in Hungary during and after the Second World War, and her escape to Britain.

Dr Kaposi was born in 1932 to Hungarian-Jewish and socialist parents. Her family suffered from political and racial oppression, but only in the final year of the war did the Holocaust reach Hungary. Over the course of only two months, aided by the Hungarian gendarmerie, the Nazis murdered almost half a million Hungarian Jews. Dr Kaposi was there, witnessing the events. As a young girl she survived the Debrecen ghetto and worked as a child labourer in the camps of Austria, and she lost half her family.

Liberated from the camps by the Soviet army, Dr Kaposi returned to Hungary where a Stalinist regime followed. In 1951, she graduated from the Technical University of Budapest with a degree in electrical /electronic engineering, contributing to the development of the Hungarian TV broadcasting infrastructure. After the 1956 Uprising against Communist rule, she escaped from her native Hungary and obtained a labour permit to work in England as an industrial researcher in the Telecommunication and Computer industries.

In 1971, Dr Kaposi obtained her PhD in Computer Aided Design. She is a Churchill Fellow and was the third woman to have been elected as Fellow of the Royal Academy of Engineering. She worked in research and education, and as a consultant to industrial organisations and universities in the UK and globally. She is a role model for women in Science and Engineering.

Dr Kaposi is an advocate for social justice, anti-prejudice and equality. She continues to be active in numerous Jewish and secular human rights organizations. Dr Kaposi gives illustrated talks and seminars at various organisations, including universities and schools, addressing scholarly and public audiences–a testament to her passion for knowledge-sharing and education. 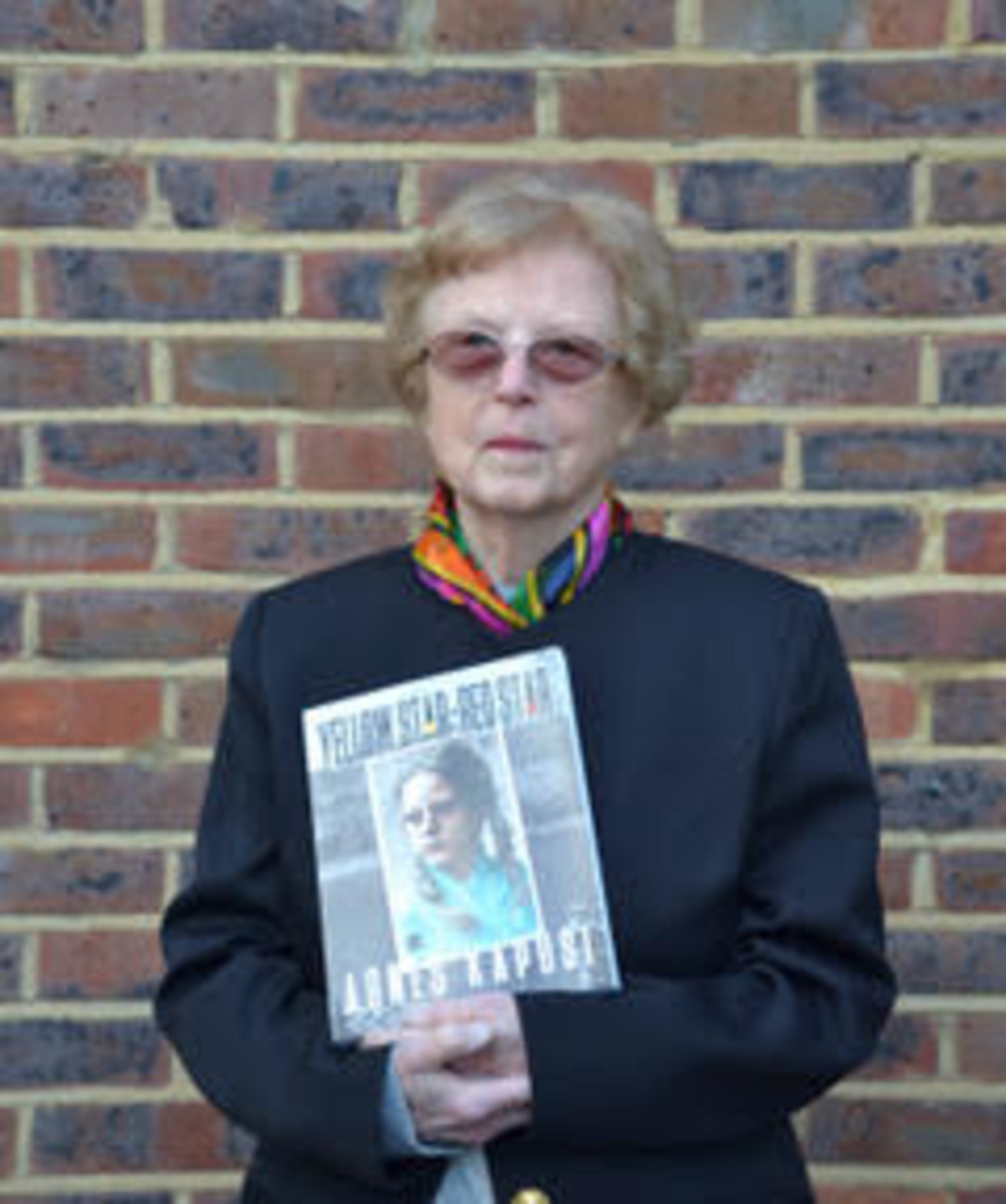 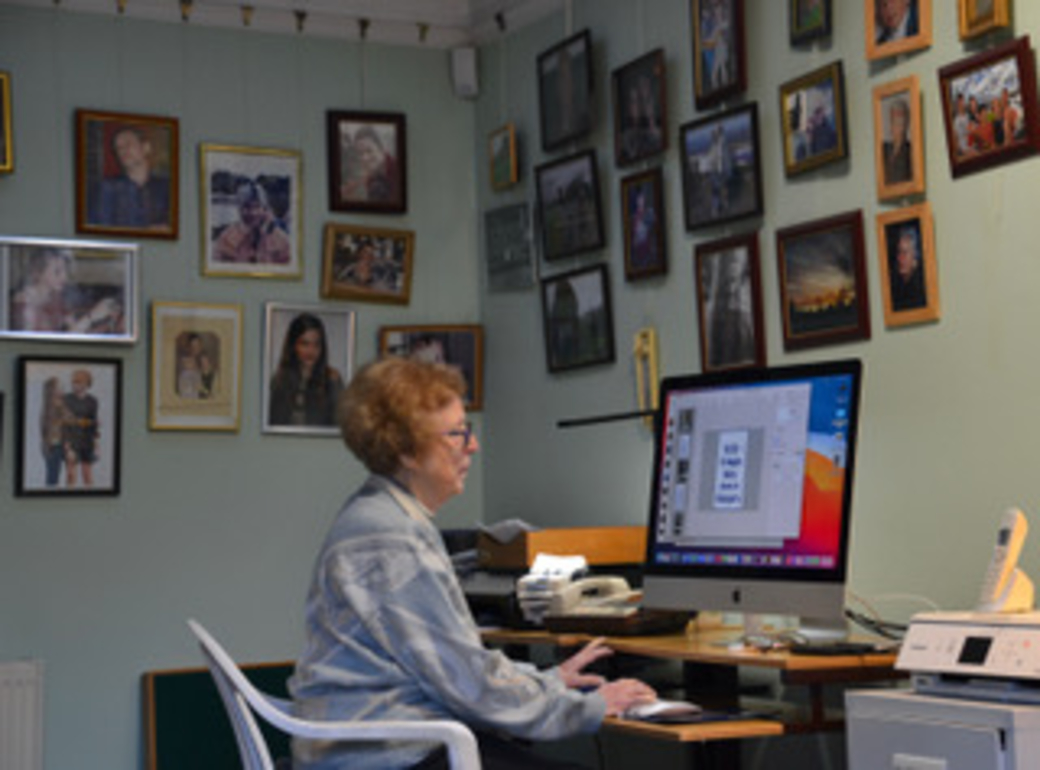 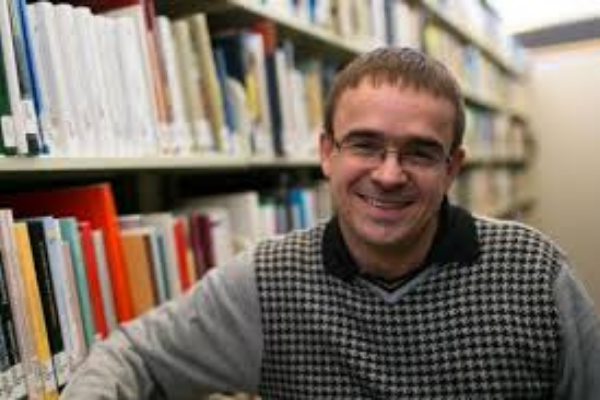 is a senior archivist and historian at the National Archives of Hungary and Claims Conference University Partnership in Holocaust Studies Lecturer at the ELTE University in Budapest. He is the co-author of (with Gábor Kádár and Zoltán Vági) The Holocaust in Hungary. Evolution of a Genocide (Washington, DC: USHMM, 2013).

From educators and rabbis to political campaigners and community leaders, we highlight – in partnership with Jewish Care – the impact of our community’s oldest and wisest members.

The Story of An Extraordinary Life

Why did you decide to write a book about your life?

I try never to refuse answering a child. My granddaughter, Tabitha, prompted me to start writing, and I continued because I thought that my story might teach people to respect each other and see others as their equal.

To live through what you endured required a lot of strength. Where did you find this strength?

In camp times I was a child, but circumstances were such that I had responsibilities for the welfare of others. I was particularly aware of the need to look after my two little cousins. I do think that responsibility and dedication were vital sources of strength, my inspirations for survival.

Has your faith been affected by your experiences?

There was no religion in my family, we did not believe in faith. However, my family lived by a strict moral code of fairness, loyalty, respect for all, and of course a strong work ethic. My experiences did not make me turn to religion, but they reinforced my moral code.

What do you consider to be the hardest part of your life journey?

It was hardest always being an outsider. I was a Jew among Aryans, an outcast among Hungarians, a woman in a male-dominated profession, a professional woman in traditional England where women were meant to be mothers and homemakers. Only in the very last period of my life have I felt accepted.

What was your worst experience in the Holocaust?

The train journey which stripped away our humanity. They did not tell us where we were going or why. Conditions on the train were unbearable. Several people went mad and some died.

Do you believe forgiveness is possible?

It is difficult to forgive the outrages I experienced in my life, and yet, I came to realise that forgiveness is not just possible, it is necessary. Resentment harms the victim, not the perpetrator, it imprisons the spirit, locks it in the past. Only forgiveness can open the path to the future.

Did your family manage to rebuild a home after arriving back in Hungary?

It was a losing battle. On our return, we expected to be reunited with our menfolk and establish a normal life. Instead, our men were dead, our home had been taken away from us, and we were hated outcasts, just as before. We never managed to create a home. Our only option was to escape.

What lead you to train as an engineer?

I am pleased and proud to be an engineer, it is a wonderful profession, but it was not my choice. I wanted to study Physics to become a meteorologist, but in a communist regime decisions are made by the state, not by the individual. Iwas told to study engineering or not go to university at all.

What are the messages you most want people to take away from your life story?

My story demonstrates what happens when those in power don’t understand that life is precious, that people are equal, that all people matter, and that everyone is entitled to dignity. My life story teaches the lesson that everyone must be treated with respect, even children.

What have you learned that you most want to share?

I have learned to value people who are honourable – honest, fair, loyal, dependable, a credit to society, what the Yiddish call a Mensch. I learned that such qualities do not depend on age, race, sex, education or religious belief. Some of the people I most admire, and some of my dearest friends, differ from me in some or all of these particulars.

Why did you settle in the UK?

After the 1956 Hungarian uprising we had a free choice to settle almost anywhere in the world. We chose the UK because we understood it to be a civilised country, a liberal democracy where working people are treated fairly and with respect.

Do you perceive any parallels between the Holocaust and the treatment of other people today, such as the Uighur Muslims in China?

Yes, I see strong parallels. I write in my book that tyrannical regimes may have different ideologies and methods, but they have fundamental similarities. They are all counter to everything I hold dear, everything I worked for all my life.

How has your life changed since you retired from engineering activities?

I have always been a problem solver and educator. As a researcher and consultant, my task was to develop methods and tools which enabled my students and clients to solve their own problems. My aims and principles are still the same, but the problems I tackle shifted from engineering to the human domain.

Could you tell us a little bit about yourself in this moment?

I am meant to be retired, but I am busier than ever. I spend my time writing, lecturing, partaking in debates, listening to good music, playing bridge, and most of all, learning new things every day. I am rich: my wonderful family, my five grandchildren allow me to share in their life and interests, and I have a wide circle of friends, young and old, in this country and abroad. A full life.

Excerpts From the Book

Many fainted during this routine [registration process upon arriving at Strasshof camp]. I was in haze, my high temperature duly recorded. In my feverish state naked old women with wrinkled faces, sagging breasts and bloated bellies appeared as terrifying witches. They haunted my dreams for years. Whatever caused my fever, by the next morning it was gone. Throughout our camp days I was briefly ill on this and on two other occasions.

The [registration] process was brutal but it was sensible. After our nightmare journey we were filthy, perhaps even diseased. We needed to be examined, our bodies and clothes washed and disinfected. Arriving in a country of which we were not citizens, we had to be registered and our details recorded. If only women had administered to us rather than uniformed men; if only they treated us as human beings.

At sunrise it was all over. At the last barracks our disinfected clothes were waiting in neat bundles. When the doors opened, there stood our men. My father had been almost out of his mind. Years later he told me that through his secret contacts with socialists, he had known about the extermination camps, and thought he would never see us again.

How many Hungarian Jews fell victim of World War II? We shall never know for sure. Stark [ref] provides the first estimate which appeared in February 1945, while most of the country was still at war. Numbers continue to be updated and are debated by historians. The figure or 600,000 Hungarians Holocaust victims has become ‘fixed in the public mind’, while currently historians consider a number between 500,000 and 550,000. If we set any such number against the 760-780,000 Hungarian Jews recorded in the 1941 census, then the loss is about two-thirds. Most survivors are Budapest Jews. Most of the victims are provincial Jews who perished in Auschwitz, and I include two of my pictures in their memory.

By luck or by miracle, many of the 15,011 provincial Jews deported to Austria survived, among them members of my family. Each survivor suffered. All of us were damaged. Nobody came through the Holocaust unscathed: not the victims, not the perpetrators, not even the descendants.

What to do? Should we breach the curfew, go with a complete stranger, without papers, to a region we did not know, and where we had no permission to be? Should we leave without preparation, without saying goodbye to Jancsi’s [husband’s] parents? Or should we decline the one chance we had had in all these years to escape from this accursed country?

My father had no doubts. He was not just providing us with the opportunity, he was positively pushing us out. My mother was hysterical. She would never see her child her children again- how could my father be so callous, so cruel? 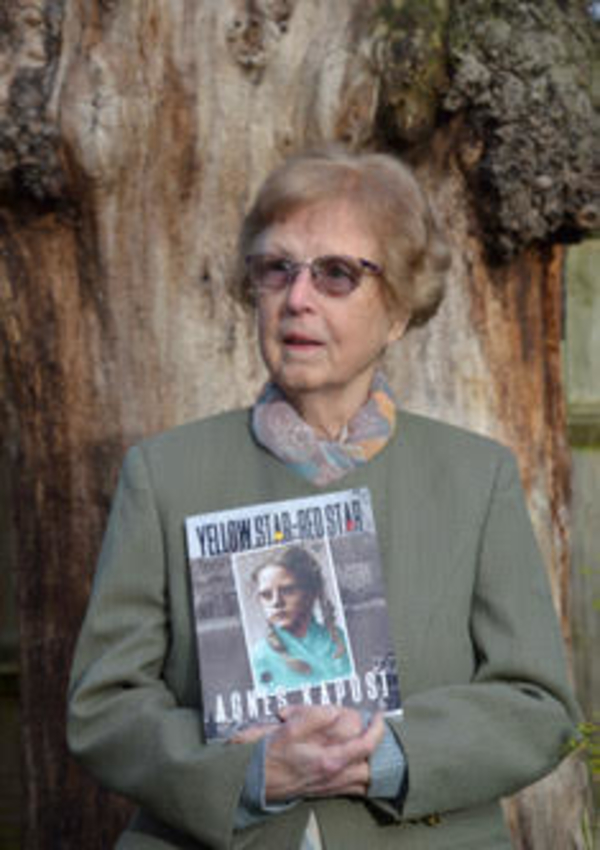 is available from the following:

March of the Living: